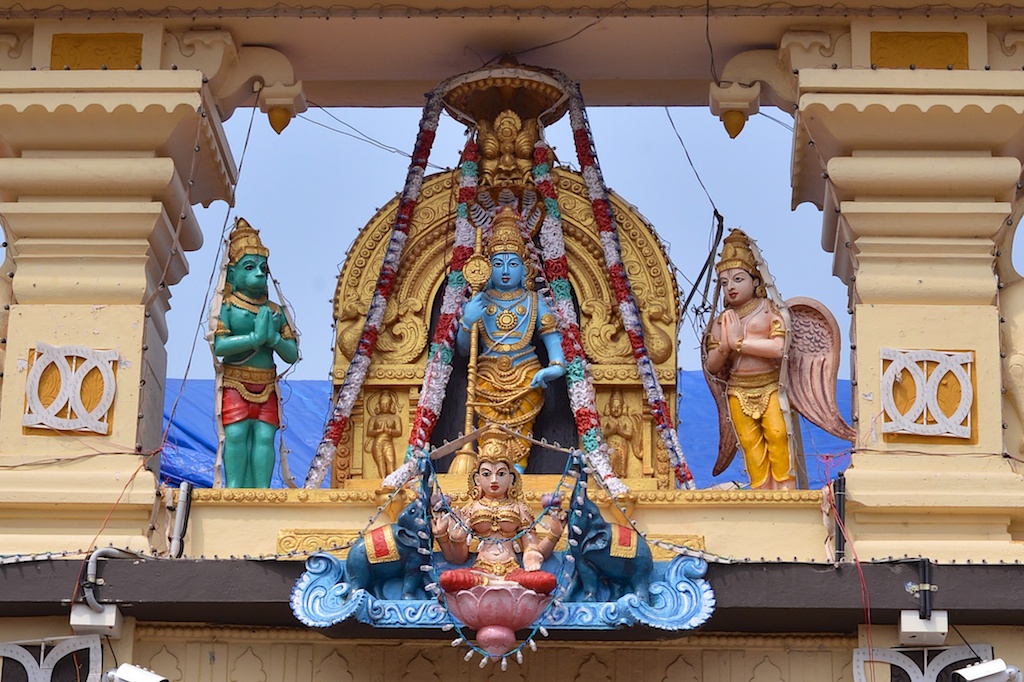 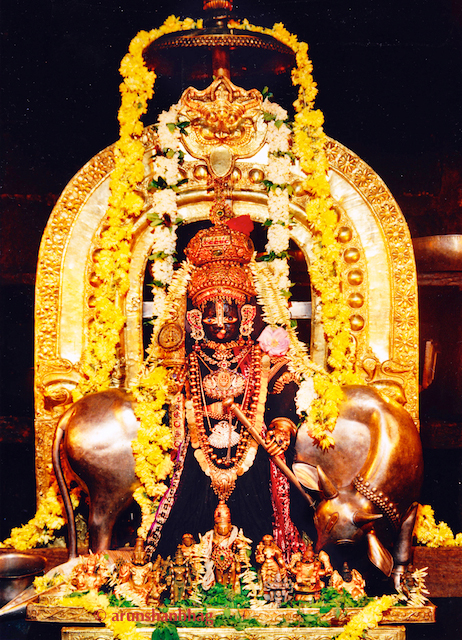 The Shri Krishna Muth in Udupi, Karnataka was founded by Sant Madhvāchārya, a Vaishnava Saint (1238-1317) who also propounded the Dvaita philosophy of Vedanta.

Madhvāchārya believed that the Advaita philosophy propagated by Shri Shankarāchārya distracted people from their path of pure devotion to God. Madhvāchārya taught that since each individual’s atma (soul) and the divine Brahman are distinctly separate, bhakti (pure devotion) is a worthy and easy path for ordinary individuals to aspire for and reach the divine. Because of Madhvāchārya’s emphasis on the separation of the individual atma and the divine atma, his philosophy was termed Dvaita, or two.

Madhvāchārya travelled extensively and debated scholars all over India, and is responsible for (re-) lighting the flame of bhakti and inspiring the Chaitanya movement in Bengal, the precursor of the popular Vaishnava tradition. He inspired many poet composers like Purandara Dās and importantly, a local shepherd Kanaka Dās (1508-1609).

Kanaka Dās composed and sang kirtans with themes drawn for his daily life and work. On a pilgrimage to Udupi he was not permitted to enter the Krishna temple because he was born in a lower caste. He thus sat behind the temple and sang heart wrenching bhajans to Krishna.

In the inner sanctum of the temple, Shri Krishna who playfully spins the Universe, was intensely moved by Kanaka Dās’s devotion and the injustice caused to him. One dark night, the murti of Shri Krishna turned to face the rear of the temple; a crack appeared in the temple wall bestowing on this fortunate devotee Krishna’s highest grace. Next morning, priests were mortified to see that Krishna had turned, and asked forgiveness for the injustices they had caused. Devotees thronged to see this miracle and hailed Kanaka Dās for his devotion to Shri Krishna. Today, no devotee is barred from entering this bastion of Hindu Dharma.

When you enter the temple, you see the door of the inner sanctum is closed. You have to go around to the back; there, through a grill cut in the back wall, you get darshan of the playfully smiling Shri Krishna holding a butter churner.

These pics with a point and shoot film camera were from my visit to the Shri Krishna Muth in 2002. In one of the pics below, you see the window cut (Kanakana kindi – Kanaka’s window) in the back of the temple. There is built a small mantap for devotees to peer into the temple and receive anugraha (grace) from Shri Krishna.